renewable energy advocates are not misguided

A friend was under the impression that the DAPL protesters and others fighting fossil fuels are misguided in their efforts. He believed that people are being misled about renewable energy sources like solar and wind, and that the full nuclear option is the only rational choice for stopping global warming.

I hoped to broaden his perspective.

First, as an example case, I imagined what the reservation would look like powered by only solar:

"The electricity demands of the people on Standing Rock Reservation could be easily met with 2km^2 of solar power. That is about 1/5000 of the land area of the reservation.

Let’s do the math:

The population density of the entire Dakotas is about 4x higher, but we haven’t considered wind (which has a similar power density to solar), and it’s really fuckin windy in the Dakotas. 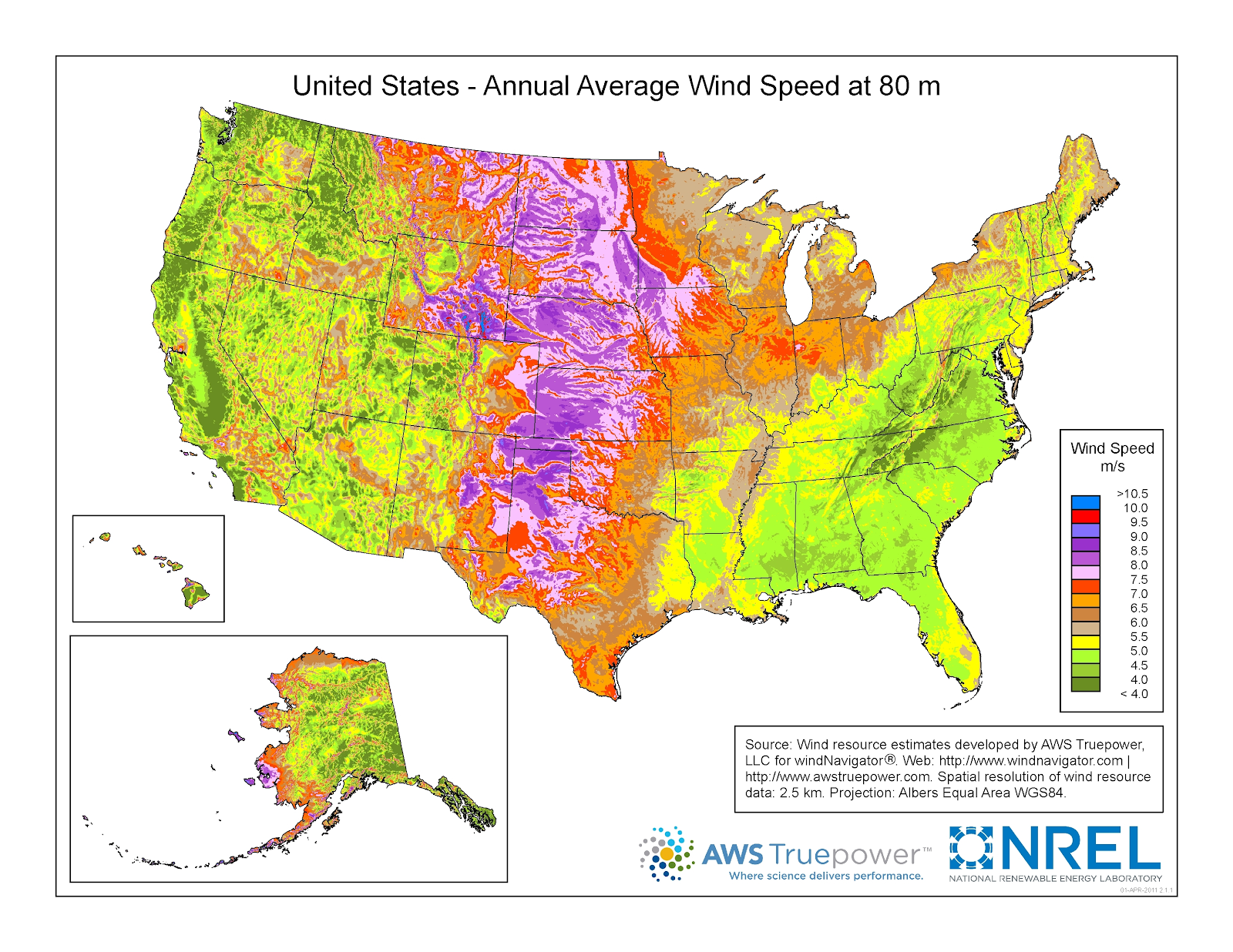 What about their gas guzzling cars? Liquid fuel is an issue, but if they all drove electric the reservation’s electricity consumption would increase by about 50% (transportation energy consumption is similar in size to residential consumption, but EVs are way more efficient)."

Oil production is not really related to electricity production so we kinda had two conversations going.

"Among the many reasons for fighting these oil pipelines, the most important is to force the costs of oil production as high as possible in order to encourage transition over to sources of energy that do not release CO2. They are fighting the right battle.

I do agree that, in addition to renewables, we should be seriously ramping up the construction of nuclear plants, not tearing them down. Their relative environmental impact is indeed minimal.

Excellent technical discussion about sustainable energy, and my main reference."

He was a little confused on units, so I elaborated.

"Thanks for recommending to look at the NREL maps to check my quick estimate. However, it seems I come to an even better conclusion! I am looking at this map:

Perhaps you are confusing the units of kWh/m^2/day with W/m^2? I also read off a value of about 5 for annual averaged solar resource at standing rock, but it is in units of kWh/m^2/day, not W/m^2. The two units are both units of power/area, but they have different quantities (like the difference between an erg and a joule). If you do the conversion (I like to do it by hand, and then check it with something like WolframAlpha), it turns out that 5kWh/m^2/day equals about 200W/m^2. (I prefer converting to W/m^2 because it lets me compare to consumption easily.) You can also double check this by looking at a weather station which often records insolation. For example:

Squish down that yellow hump over 24 hours and you get about 100W/m^2, cuz it’s winter.

Then, we do our PV efficiency cut of 15%, which leaves us with 30W/m^2. Looks like I was being pretty conservative before with my estimate of 10W/m^2.

Now we’re down at 0.5km^2 of solar for all of standing rock!

A quick glance at another NREL study suggests this all is totally reasonable. Already, ND could generate about 25% of its household electricity by installing PV on the roofs of all its small buildings.

Now, the problem of intermittency. I did not explicitly state in my last comment that I was assuming energy storage coupled to the solar PV. I am. This is pretty standard, and becoming more so (think molten salt storage, Tesla Powerwalls, and electric vehicles). For example, the Crescent Dunes Solar Thermal Plant, which generates about 0.1GW, has about 1GWh of storage. That means that even when it is pitch dark, assuming the battery is charged, it can put out 0.1GW for 10 hours. Plenty to cover daily swings in consumption.

What about winter/summer swings? Our friends at NREL suggest seasonal resource ranges from 3 to 7 kWh/m^2/day. That’s a factor of 2, and usage maybe doubles, so that puts our estimate for the reservation back at 2km^2."

Here's what 2km^2 looks like in the context of the reservation (the red rectangle): 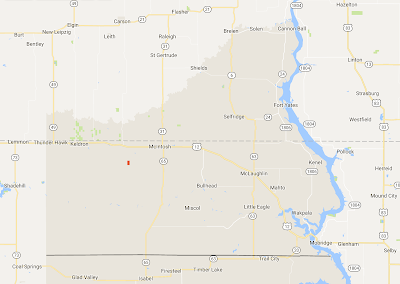 Finally, my friend was misinterpreting an out of context quote from David MacKay, british physicist turned sustainable energy expert. He thought that MacKay was unequivocally stating that we should ditch all solar and wind effort in favor of nuclear. My response:

"I believe you are misunderstanding MacKay’s intention in that excellent video. He is answering a question about what he thinks is the ideal optimum scenario for a carbon neutral UK. He says all nuclear. I think you, MacKay, and I are all in agreement on the promise of nuclear as a steady, clean power source that could be scaled up to meet all our electricity needs. However, the world does not work in optimum solutions. It works by patch jobs. It works through diversity and compromise. Fighting exclusively for the optimum solution has always been the downfall of well meaning engineers everywhere. Especially in the current cultural climate where nuclear is unjustly frowned upon and in the current economic climate where the LCOEs for renewables are just about the same for fossil fuel or nuclear, solar and wind are strong palatable options for making progress against climate change. There is no excuse for holding out for an optimum solution when progress can be made immediately.

Secondly, while his point is correct that when you already have enough nukes to last through the winter, building more solar or wind is a waste, we are nowhere near that point yet. At this point, during the transition, the existing fossil fuel plants will act as the backups.

Thirdly, MacKay repeatedly states that his energy portfolio recommendation would be different for other countries. The UK is significantly worse off compared to the USA in terms of solar and wind resources.

My point through all this (besides destroying your absurd original claim that “their reservation would literally be one giant solar panel” :) ) is to emphasize just how important a role solar (and wind) will play (and are already playing) in transitioning away from fossil fuel electricity. Obviously the Dakotas will not be the first place we start to see proliferation of solar PV (but installed wind in ND is 10th nationally), but sometime soon, it will be economical, particularly if we keep fearing nukes. Do you think the >50% of Americans who oppose nuclear will be able to be convinced to install 100s of nuclear plants instead of solar or wind in the next 10-20 years? I wish. Perhaps we can override their protests and force them (hi, mr trump!)? Perhaps with an insane public education effort. But those don’t usually work :/
"